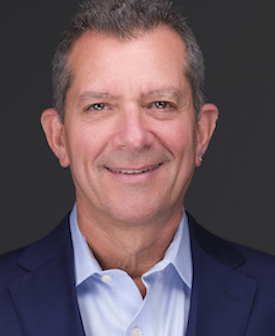 Originally from New York, Dr. Steve has lived in Collegeville, Montgomery County Pa. area for over 25 years. He initially settled there to establish his practice shortly after graduating from Life Chiropractic College in 1987. In the years that followed his family became involved with the community both professionally and personally. He and his wife, Lynn an attorney raised their two sons Josh and Zac there, joined numerous school, civic, and business organizations, and made countless friends.

Dr Fleisher’s practice was at the top of his profession and was blessed to have been able to take care of thousands of patients ranging in age from birth to as old as 103. His patients had all types of health conditions such as neck and low back pain, headaches, migraines, TMJ problems, Carpal Tunnel, ear infections, colic, Autism, digestive problems, female problems and sciatica to name a few. In addition, he treated worker’s comp and auto injuries. He helped correct the cause of their problems and educated them on healthy lifestyle choices so they could get the long term benefits they were looking for.

An unfortunate motorcycle accident which prevented him from walking for 4 years, forced him to discontinue practicing in 2005. Years of painful surgeries and rehabilitation helped him develop a first-hand perspective of the patient experience. After spending some time in other businesses, he missed the fulfillment that coincides with helping people. He sought out opportunities where he could combine his unique experience as a health care provider and that of a patient to serve my community again. After the 28th surgery in Jan of 2016, a colleague asked him to cover his practice for a couple of days. Uncertain if he would be able to handle the physical requirements of a busy practice, Dr. Steve welcomed the opportunity to be able to practice once again. The results were uplifting. After 11 ½ years, he was able to get back to his true profession. After 2 ½ years of providing coverage for his colleague’s offices, he decided he wanted to have his own practice again. In March of 2018, he began looking for a new location. Dr. Steve found King of Prussia the ideal spot and signed a lease in Dec of 2018. On May 1, 2019, he opened Everybody’s Chiropractic and Wellness located at 198 Allendale Rd. Suite201.

Life presents many opportunities. In November 2021, after a meeting with Dr. Jeff Chamberlain, they both knew they needed to partner up and make something special. In January of 2022, Dr. Fleisher began covering for Dr. Chamberlain who was experiencing life challenges of his own. It was shortly after that they both decided to bring the very best of what they both had to the West Chester area and in April of 2022, they merged their practices in West Chester.

He knows what is feels like to be in pain and understands that a substantial change in life’s circumstances greatly limits or prevents a person from doing the things the want or love to do and it reaches far beyond the immediate individual. The ripple effect can bring families into difficult and sometimes overwhelming transitions. He is honored and proud to say that he and his family came through the challenges of such a life changing event as better people, more understanding, empathetic, patient and willing to serve others. He is truly grateful being blessed to practice chiropractic and make a difference in people’s lives once again.